Music Through the Decades

Alyssa McGuigan '23   Features Editor
Everyone has heard the saying, “Music these days is just not good anymore,” at least once, whether it’s coming from a grandparent, parent or even a classmate. Just as 90’s trends have once again swept the racks of fashion classic 70’s, 80’s, 90’s and early 2000’s music is making a huge comeback. Or as Taylor Swift would say, “I come back stronger than a 90’s trend.” Now, I’m pulling a couple influential artists that I think created an impact on each decade.
1960’s- 1970 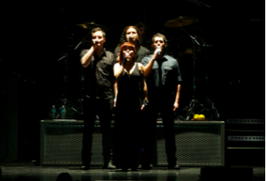 From 1960 to 1970, The Beatles took the world by storm and produced music still popular today. Some may even call them the most influential band of all time. Following the reign of The Beatles came Queen. Chances are everyone has heard “Killer Queen,” “Bohemian Rhapsody” or “Another One Bites the Dust.” In 2019, “Bohemian Rhapsody” hit over one billion streams on Spotify, making it one of the most listened to songs over 40 years after its release. All in all,  Queen and The Beatles represent a peak in rock music history. Today, you can still see kids wearing Queen graphic tees, and collecting Beatles records. To me and many other teenagers, this is the music that really encompasses the 60s and 70s. It’s music that is timeless.
1980 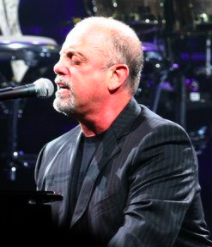 The 1980’s brought Billy Joel’s “We Didn’t Start the Fire” with similar sounds like “Uptown Girl,” “Piano Man” and so many more hits. He produced meaningful and emotional music and became an extremely well known artist in the 80s who is still known today. For a teenager in 2021, I think that his music represents a decade that we were not there for but can definitely still relate to through his songwriting. Howard High Junior, Gracin O'Connor says, “Something about the melody of Piano Man makes it one of my favorite Billy Joel songs.”
1990
The 90’s was a great time for many different genres of artists. The hugely successful band Nirvana has won countless awards for alternative music, International Breakthrough, MTV music video awards and so much more. Sadly, they disbanded in April of 1994 after Kurt Cobain’s death. Following Nirvana’s breakup came the Foo Fighters. Dave Grohl, former drummer for Nirvana, formed the Foo Fighters, releasing their debut album “Foo Fighters” in 1995. Even after decades, both Nirvana and the Foo Fighters are still enormously popular in 2021. In the pop category, Mariah Carey quickly rose to the top, and was declared the Artist of the Decade for the 1990s by Billboard. Many know her Christmas hits, such as “All I Want for Christmas is You,” from the album “Merry Christmas,” in 1994.
2000 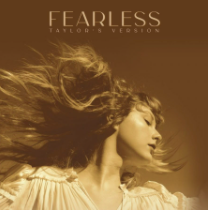 Taylor Swift has changed her style and sound continuously throughout her career but has still managed to amaze people with her music. From her second album, “Fearless,” came “Love Story,” one of Swift's most popular songs, with 10.21 million streams and counting. Currently, Swift is in the midst of rerecording all her previous albums. In doing so, she earns the rights to the songs she wrote, as before they belonged to the record label she was working with. You can now listen to “Fearless (Taylor’s Version)” on all streaming services. Howard High Junior Katherine Marcus says, “She’s matured as an artist. You can hear it in her voice. Some people can't tell but there are some points when you can hear she's really grown with the music.” Taylor Swift is unmistakably one of the most influential artists through early 2000s to 2021. Whether you love or hate her music, you must admire her dedication. Over the course of her music career she’s released 10 albums and has created a name for herself in many genres, from country to pop to indie music.
With the myriad of outstanding music behind kids in 2021, it’s easy to understand the saying, “Music these days is just not good anymore.” The world of music is so expansive with new sounds and artists being discovered everyday. With modern streaming services like Spotify, Apple Music and Youtube anyone can find music in 3 seconds flat. Trends are constantly changing, affecting anyone who likes music from 1960-2021.